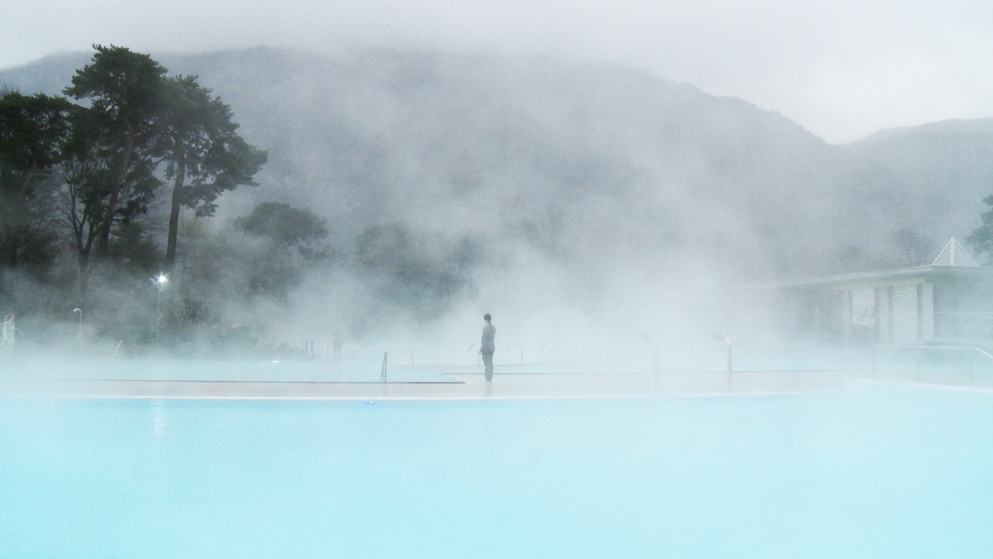 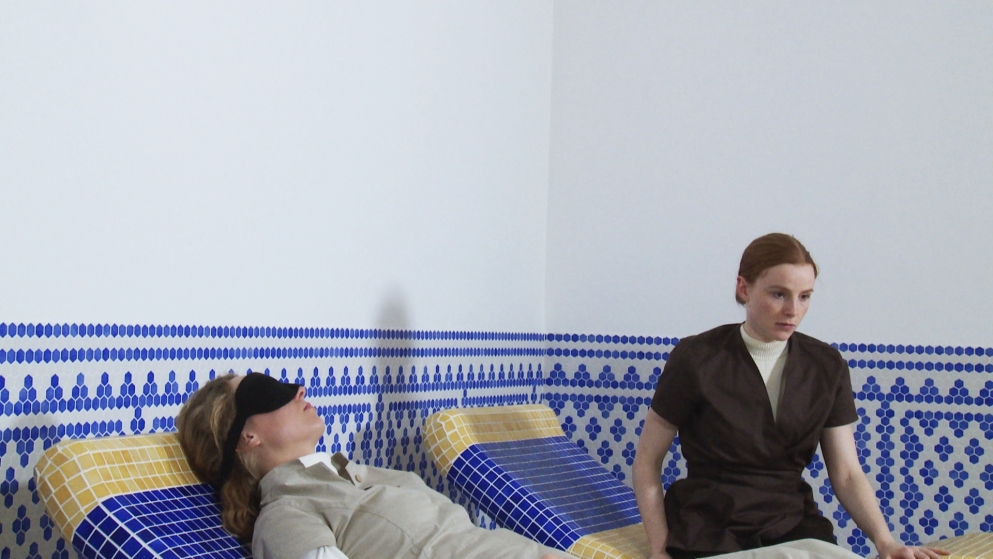 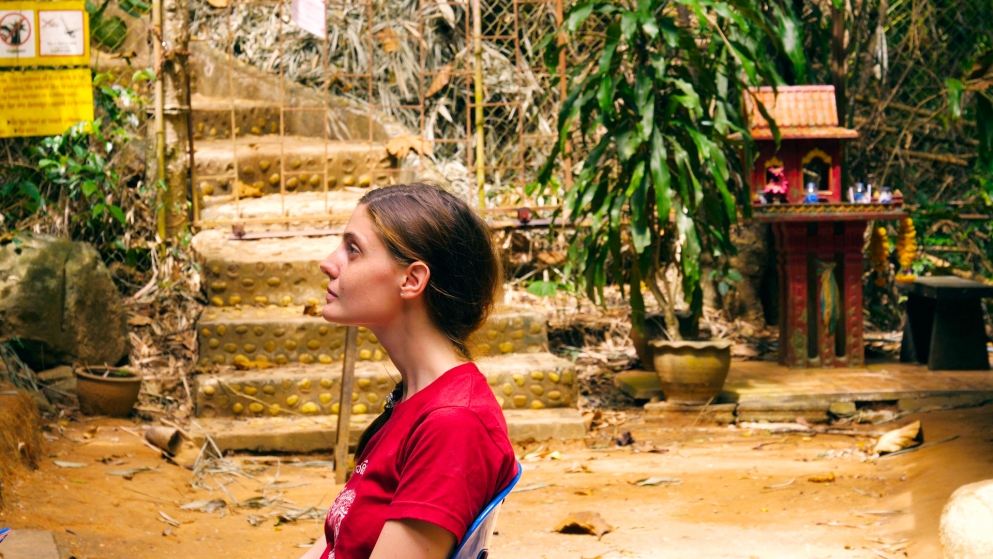 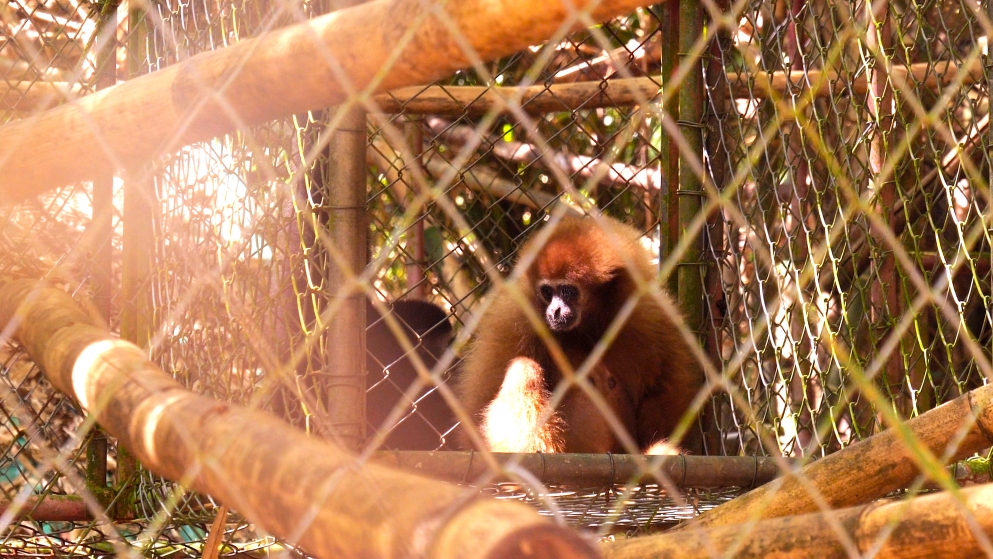 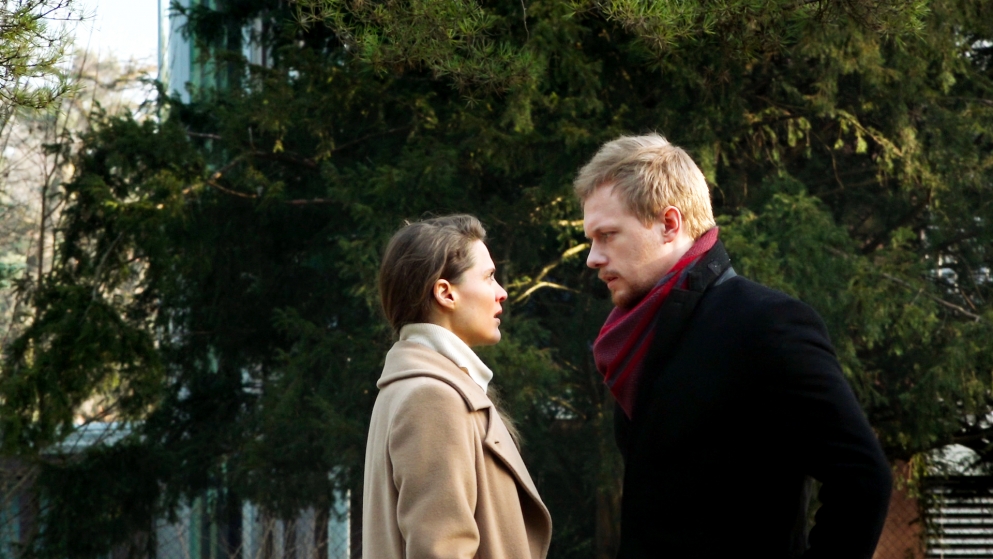 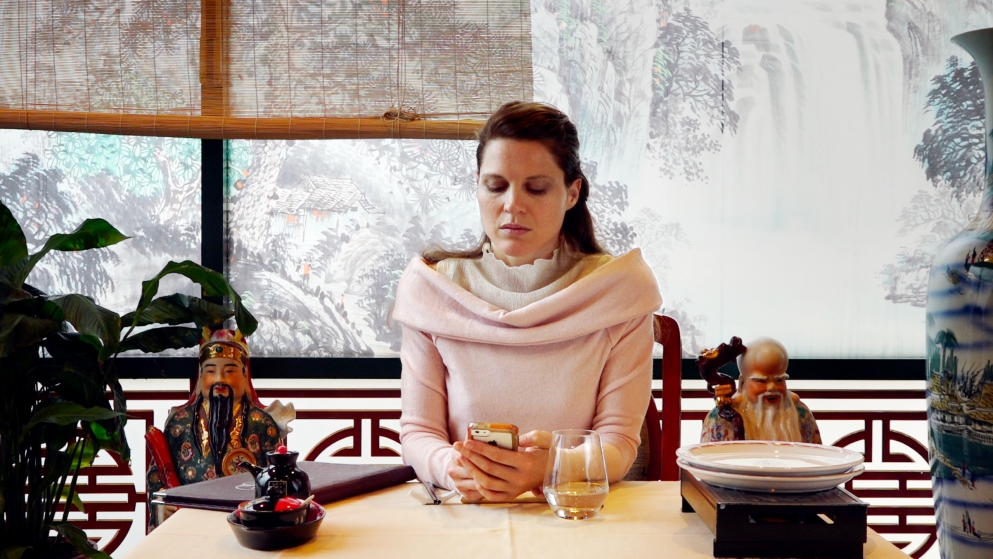 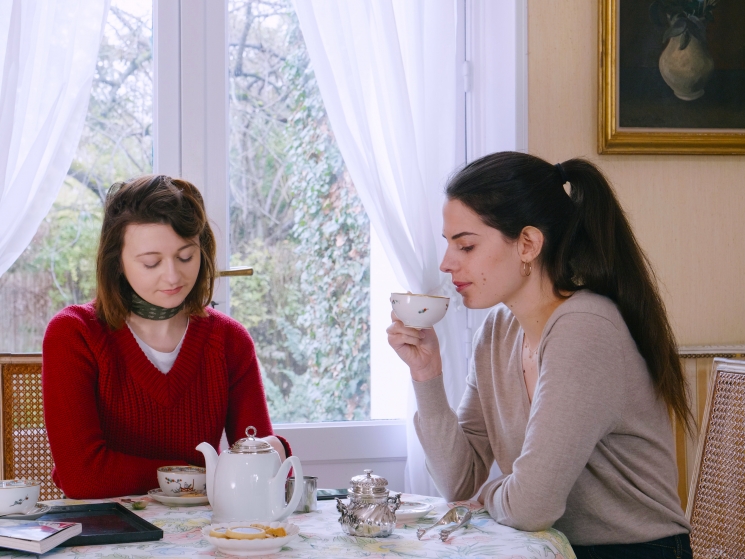 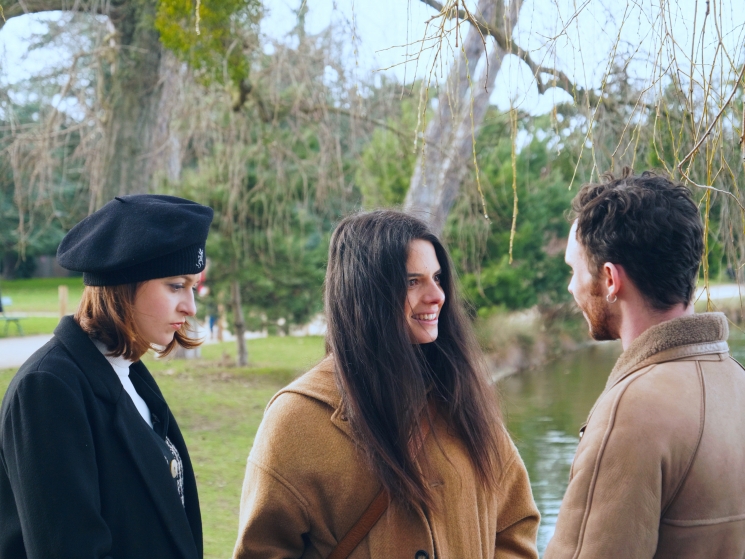 Evolving in a space between cinema and contemporary art, Valentine Franc’s work explores the representation of female fictional characters, as well as the mechanisms of fantasies and mental projection.
Her video installation Die Tagträume (2017) — in reference to Freud’s daydreaming concept — induces the viewers into a meditative and hypnotic state, plunging them into a pool filled with the foggy memories of a thermal spa guest. For her film Winter Sonata (2017), Franc adapted a Korean TV drama in which a woman is stalking the ghost of her deceased boyfriend. Franc’s subjective remake was set in a deserted and soulless Geneva. In 2018, she directed Nature Sauvage (The Wilderness) in a rehabilitation center for wild gibbons on the island of Phuket in Thailand. Through the portrait of a volunteer, the film depicts the mirrored relationship between the broken healers and the traumatized animals, while questioning the mythology around women ethologists and apes, as in the film about Dian Fossey, Gorillas in the Mist (1989). Franc further explores her fascination for asian cultures in her latest film Hatsukoi (2019) where a teenage girl captivated by Japan only sees the world through the prism of shōjō mangas.
Valentine Franc’s films express the importance of fantasy and its ability to immerse oneself in what Gilles Deleuze called ‘an indistinguishable reality’. For Franc’s characters on the verge of a breakdown, choosing another reality appears transcendental. Through their perpetual search for an alternative to the western dominent way of life,  their journey transports them mentally — through hypnosis in Die Tagträume and hallucination in Winter sonata — but also physically — through the Japan of Hatsukoi and the Thai jungle of The Wilderness.