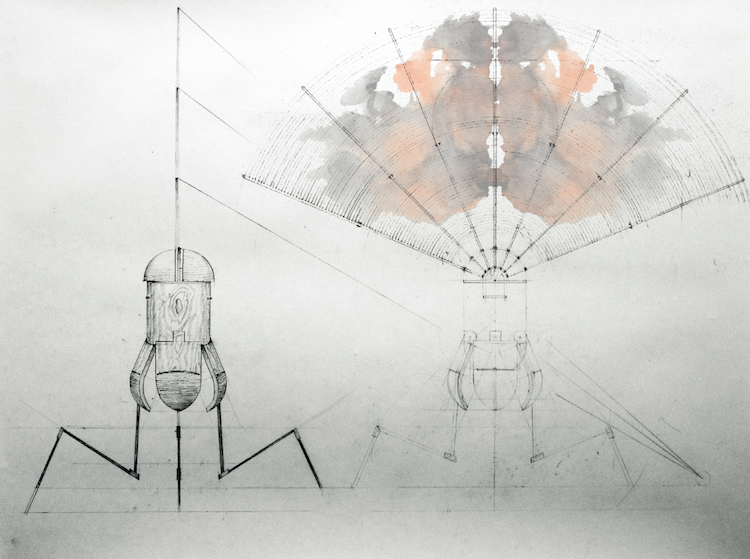 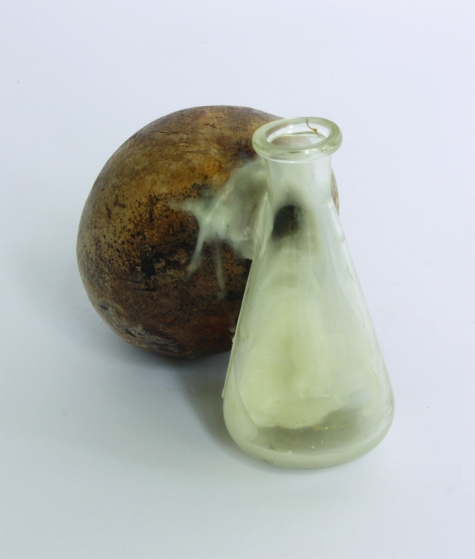 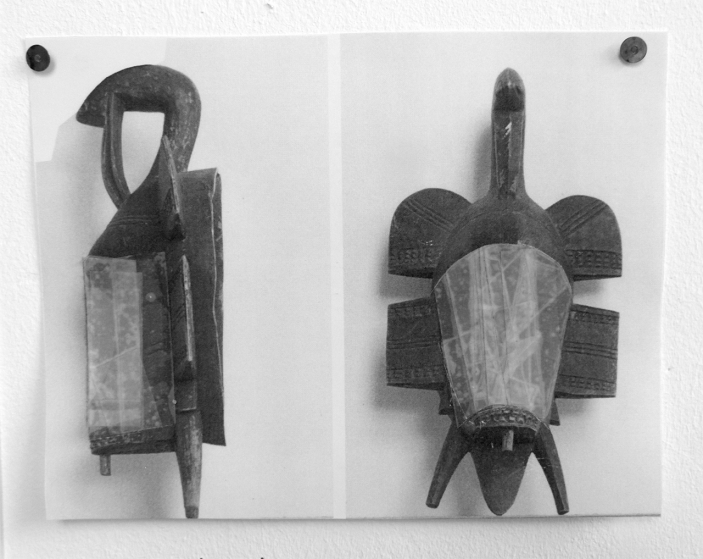 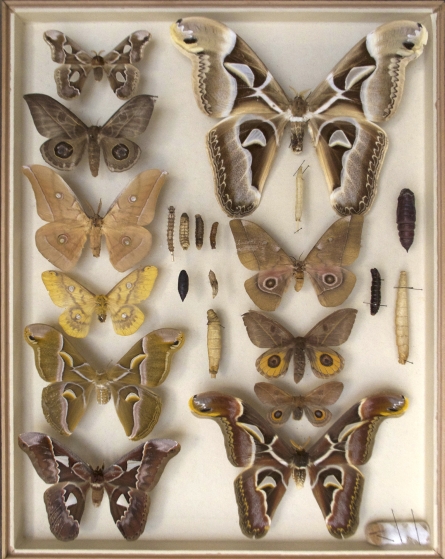 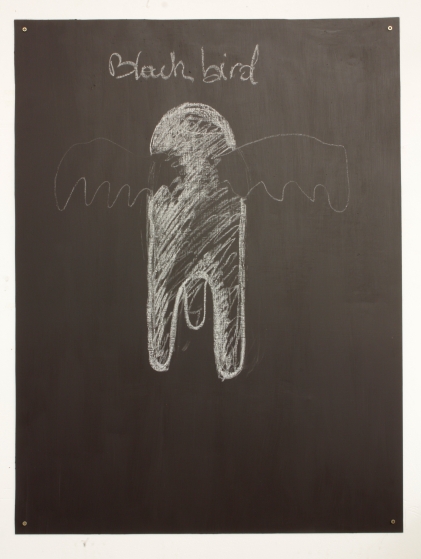 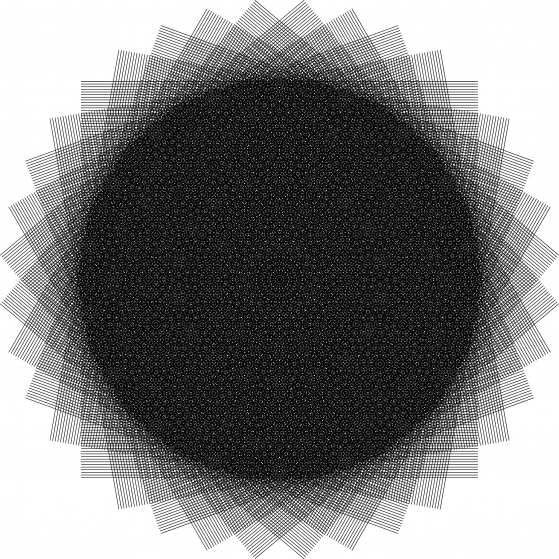 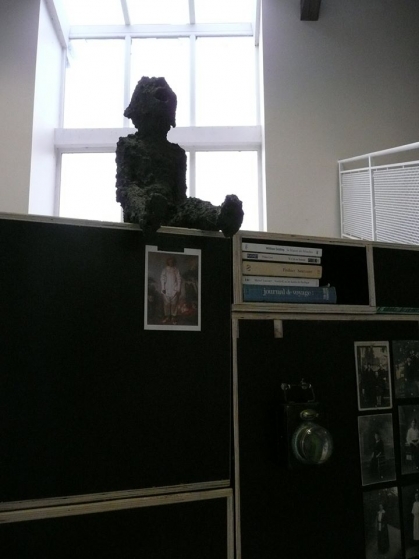 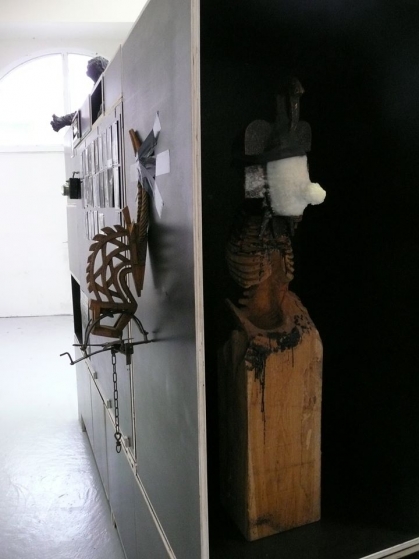 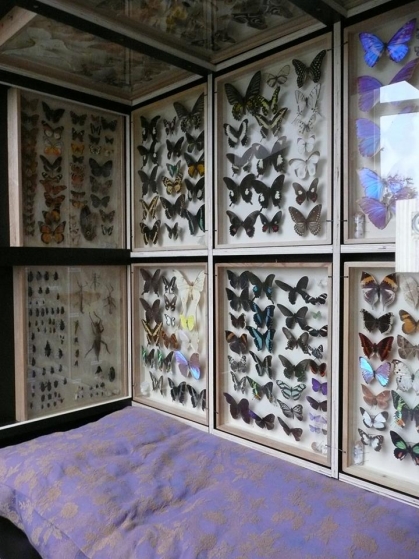 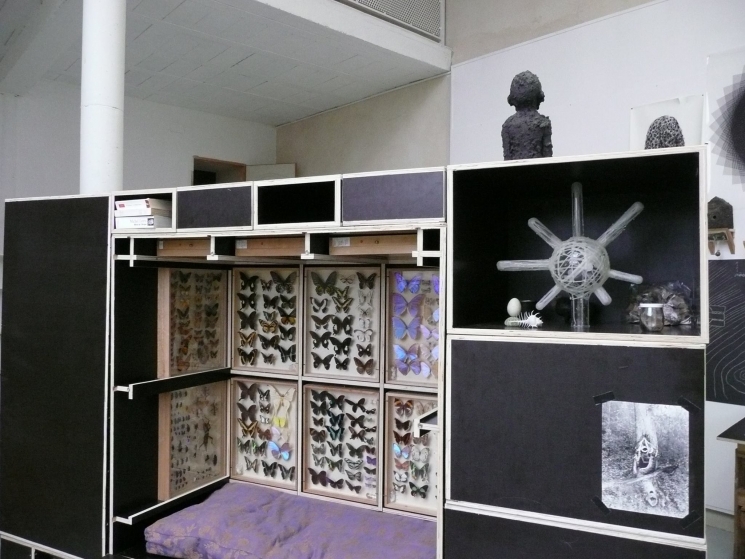 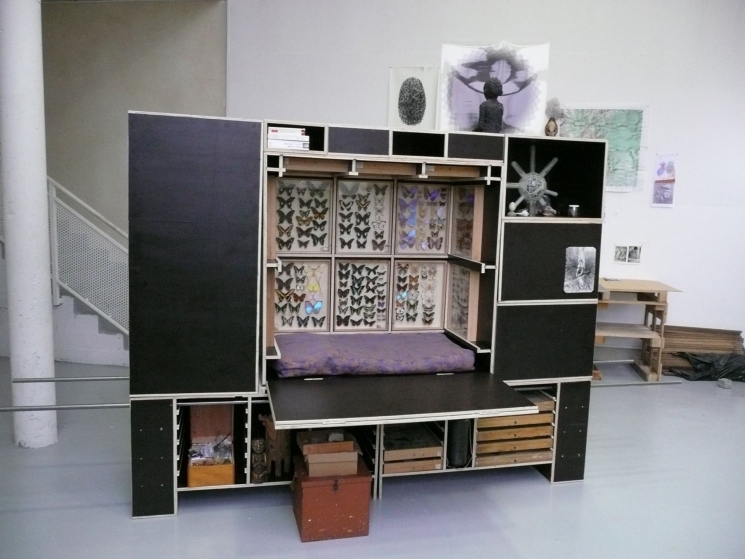 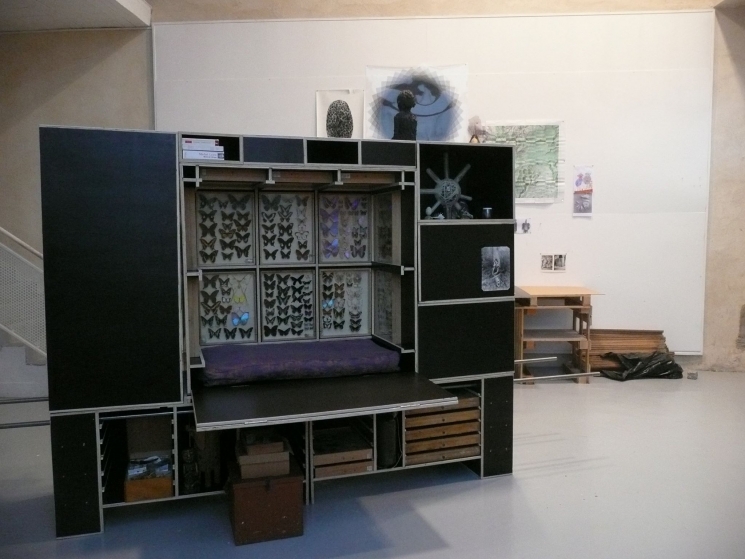 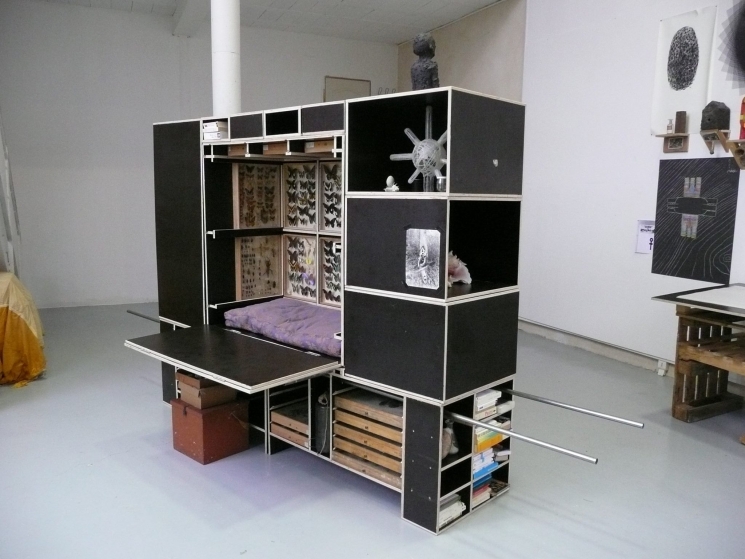 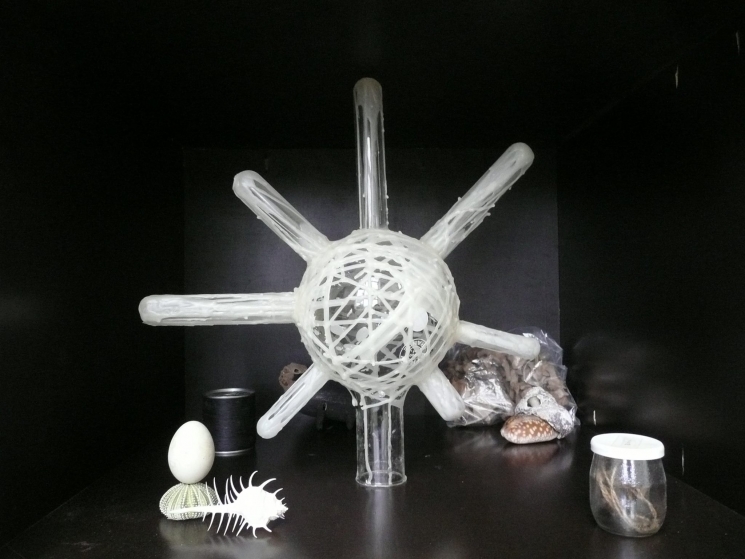 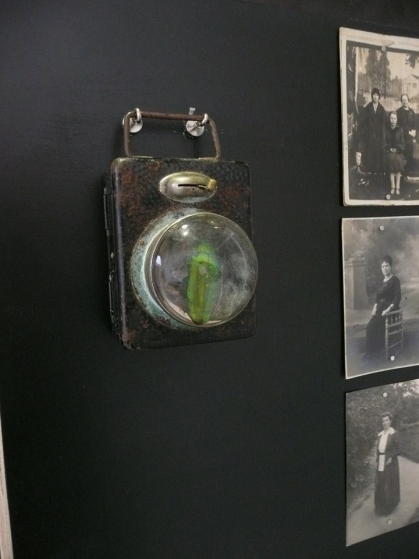 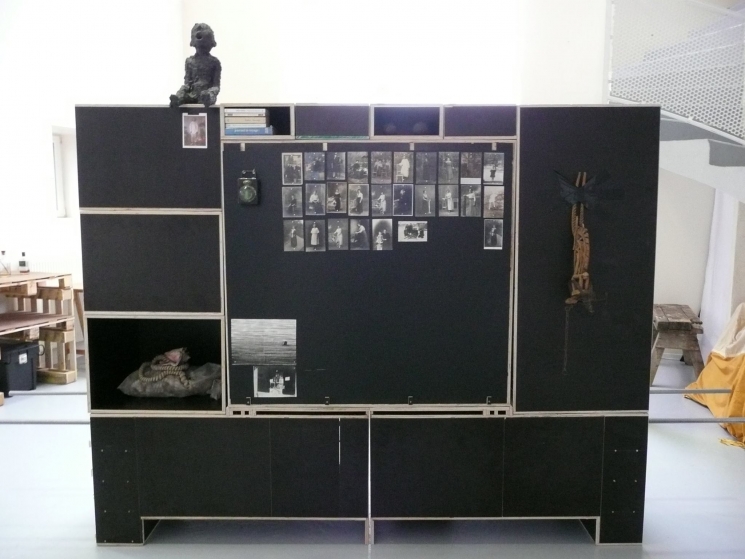 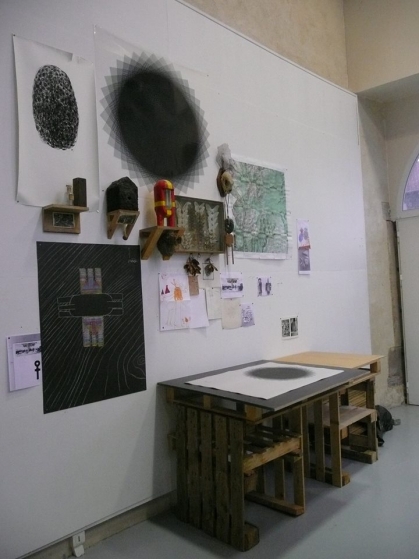 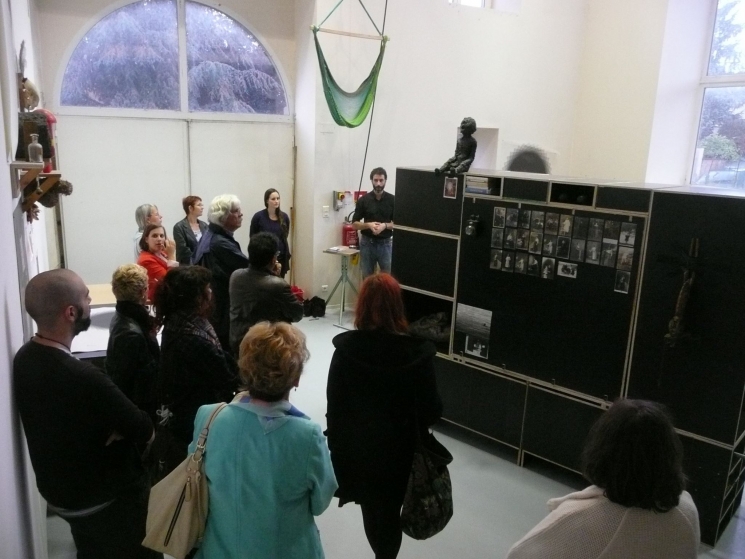 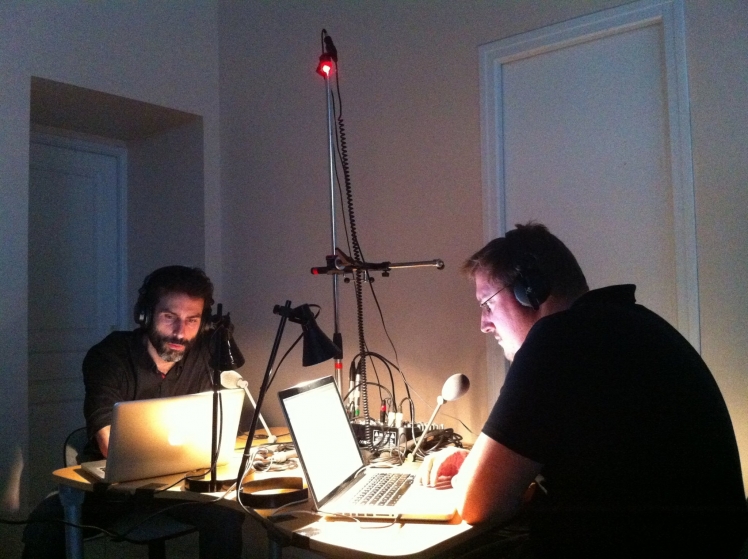 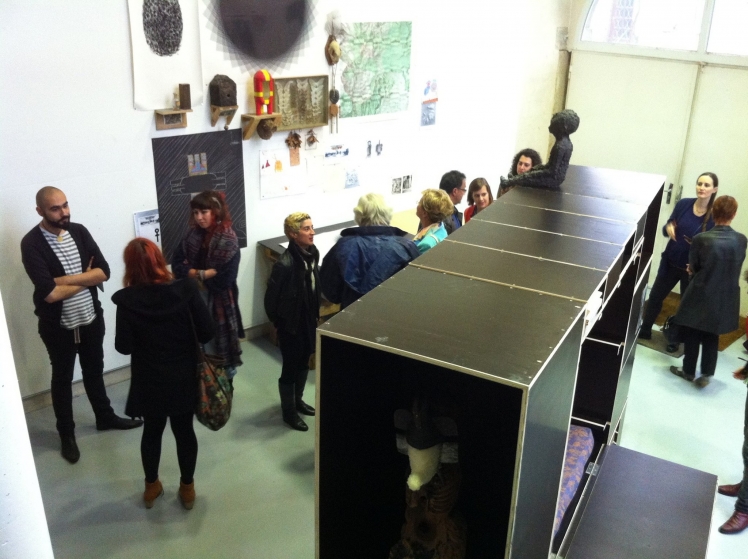 Vincent Chevillon’s residency follows several months spent at sea aboard the Sea4C, a catamaran that took him from the Mediterranean to the West Indies by way of the Canary Islands and the Cape Verde Islands, before returning to the French coast.

Far from being trivial, this long journey is defined more as the driving force, the source of the working method of an artist for whom displacement, itinerancy and travel reflect, like a mirror, the centuries-long history of sea expeditions. These have shaped a world weaved out of cultural, economic, political and religious exchanges, not without clashes and battles of influence that have sometimes gone as far as wiping out certain worlds.

More than itinerancy, it is drifting that best characterises Vincent Chevillon’s work and his system of thought. The website that condenses his work and his current research (archipels.org) exemplifies this complex form of navigation and this “organised drifting”. Atlases of images, data and literary references obey an obscure system of classification whose apparent objectivity produces a hybrid, labyrinthine subjectivity. In this game of dominos involving infinite combinatorics, everything is connected to everything, to the point of sometimes creating disturbing hybrid monsters. Vincent Chevillon’s polyphonic works draw on multiple sources: from narratives of mythical journeys (Melville, Cook, Conrad…) to the mythological narratives of Ovid in The Metamorphoses, it is a matter of fully assuming a kind of historical and cultural syncretism that the contemporary world does not escape.

Vincent Chevillon’s open studio event is a chance to walk straight into a space that, after a residency of two and a half months, reflects in equal measure the worlds of the lab assistant, the entomologist, the archaeologist and the sculptor—but why not also the lair of the navigator or storyteller, haunted by a few persistent ghosts: how does one negotiate with the temptation of exoticism, of the distant, when this is also the place where one lived in one’s own distant past? How does one negotiate with the fantasy of an elsewhere, the unsatisfied desires of an imagination that reflects a very real area, namely Reunion Island, where the artist spent his childhood, an island that is privately so close, and irremediably opaque?

Having initially studied earth sciences, Vincent Chevillon is today developing research that combines history, the natural sciences, the human sciences and iconography. After obtaining a national visual arts diploma from the École supérieure des arts décoratifs de Strasbourg and a master’s degree in art criticism and essay writing, he continued his postgraduate research at the Beaux-arts de Paris in 2010-2012. Since November 2014 he has been a professor of volume/space at the Haute Ecole des Arts du Rhin. In 2015-2016, he is an associate artist at Espace Khiasma in Les Lilas, which will be presenting a solo exhibition of his work in the spring of 2016.

For more information on the artist’s work: