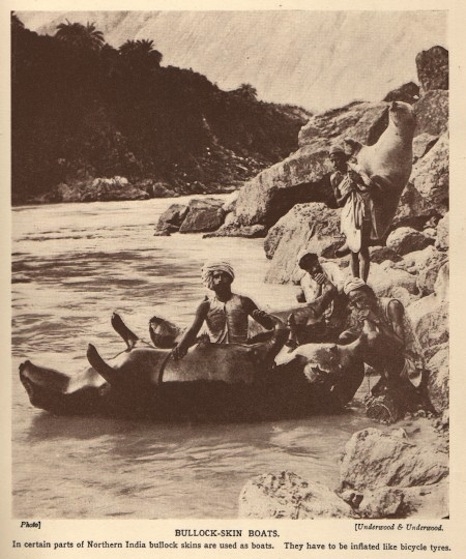 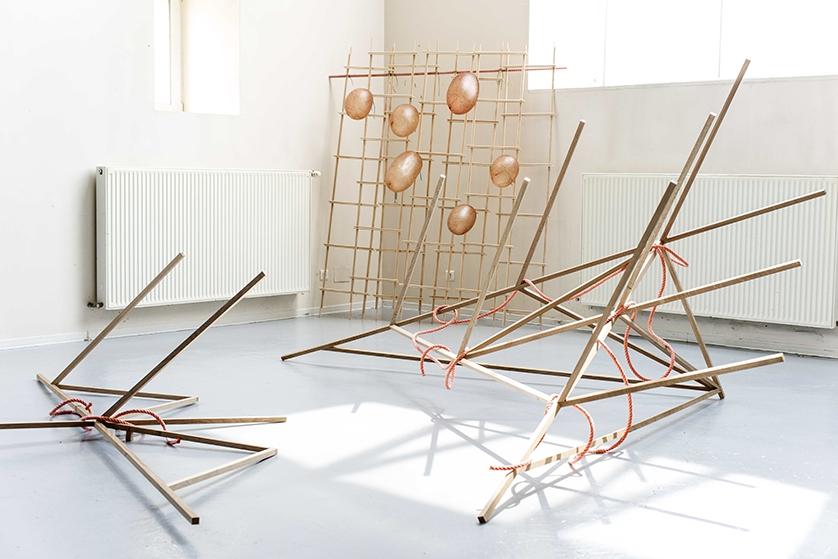 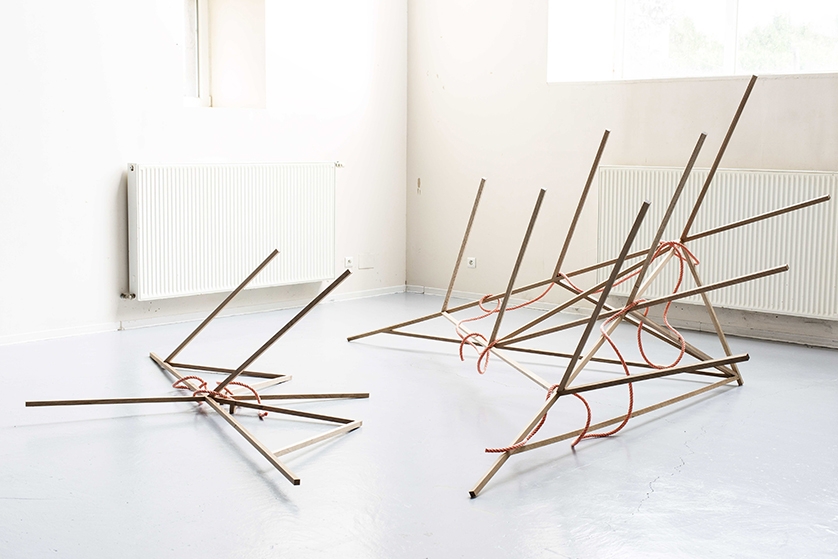 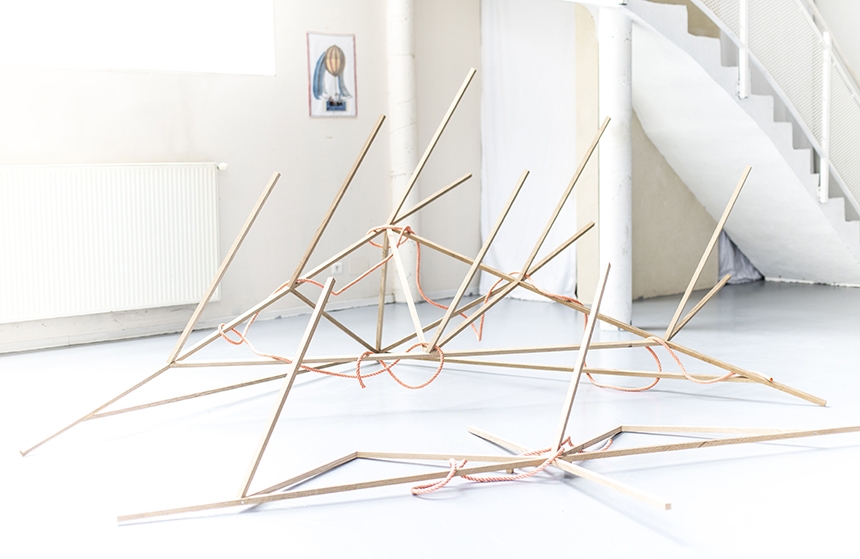 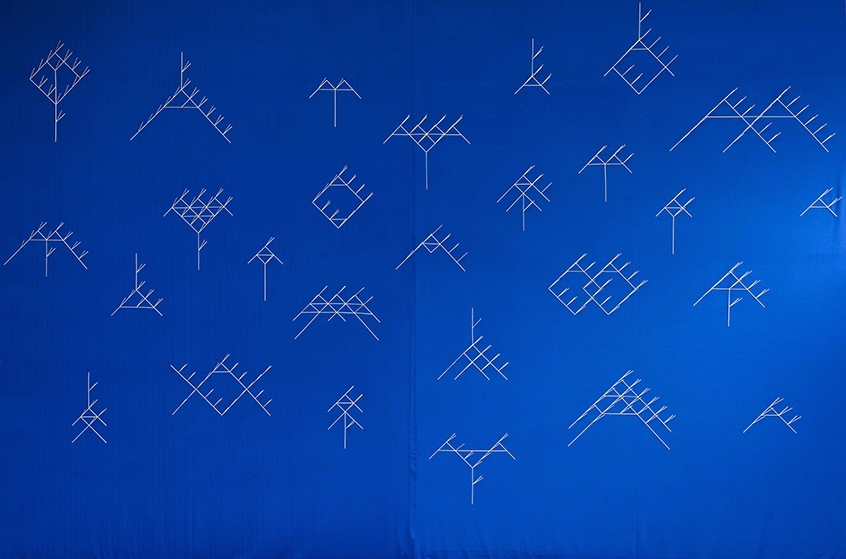 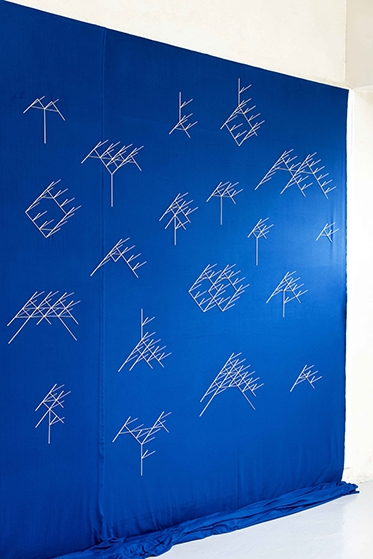 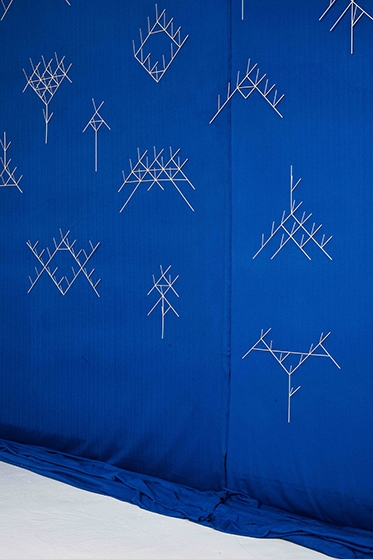 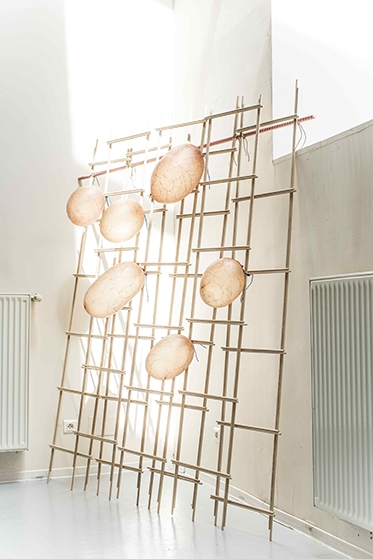 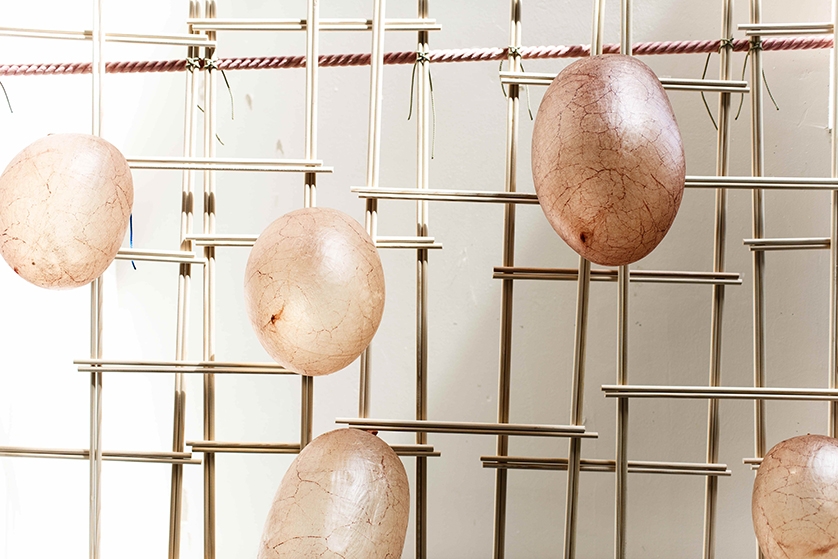 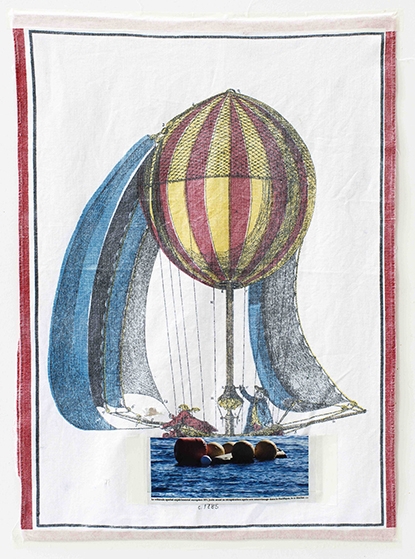 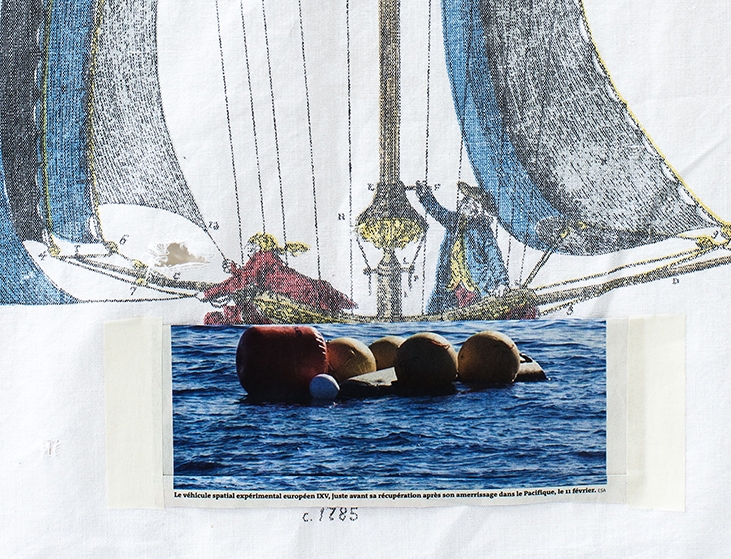 Ronan Le Creurer practices sculpture like a science of assembly: the secret mechanisms that preside over the development of his works exemplify that art of collage and montage in which elective affinities between images, objects, narratives, gestures and techniques distil a latent turmoil.

This principle of constant swings, which often come from productive accidents that are more or less provoked, is found in many of his works. Perpetaneus (2010) presents a hyperrealist sculpture carved out of a block of freestone representing an ordinary piece of perpend. Ronan le Creurer uses academic sculpture techniques, displacing them into the representation of a contemporary construction module. In the same way, his Paysages élémentaires (Elementary Landscapes, 2014) consist of montages of landscapes as they appear on various banknotes. They are fearsomely precise simulacra, which only have an existence in the cohabitation of pre-existing fragments. This circulation of forms in time and space, these relics, he observes and recycles by creating new passages between images and objects (Brisants, 2014).

In Lindre-Basse, Ronan Le Creurer is conducting previously begun research on the figure of Robinson Crusoe. The context of the Lorraine Regional Natural Park, with its pond and its natural isolation, echoes this literary figure on which the artist has spent several years compiling considerable documentation. He uses Robinson as a basis for exploring forms of escape, particularly the fictional vehicles that punctuate literature, cinema, history and even science, which are replete with more or less poetic inventions and tremendous failures.

Relying on documents extracted from antique engravings or literary descriptions, Ronan Le Creurer is trying to rediscover how to make two objects in particular: a space vehicle pulled by geese, intended for lunar exploration (The Man in the Moone, Francis Godwin, 1638); and an animal raft made of tanned, swelled cowhides that serve as buoys. Armed with this fantastical, historical imagination, Ronan Le Creurer retraces the gestures, techniques and forms that will enable him to reconstruct the vehicles in question. In the course of this complex quest, full of detours and short-circuits, the artist deploys a collection of images that spreads on the studio wall, like an endless atlas in which an implicit parallel history of escape is taking shape.

Ronan Le Creurer was born in 1988, he lives and works between Paris and the Vendée.

He graduated from the Angers School of Fine Arts in 2012.

In 2013-2014, he took part in the Robinson programme of the Research Cooperative at the Clermont Métropole School of Fine Arts.

He will exhibit his work in June at Indice 50 in Paris.